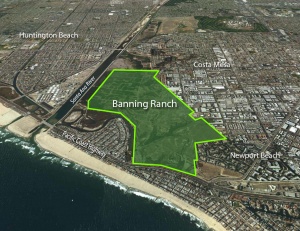 The ongoing effort to save Banning Ranch from development has been a “David and Goliath” battle, to be sure.  The following will help the reader understand the development project that has been proposed for Banning Ranch—and ultimately denied at the Coastal Commission hearing in Newport Beach on September 7, 2016.

A Brief Timeline of the Proposed Project

2013       NBR submits their project proposal to the Coastal Commission and applies for a Coastal Development Permit (CDP).

2016      The Court of Appeal decides in favor of the City of Newport Beach.  The Banning Ranch Conservancy appeals the ruling to the California Supreme Court and the high court unanimously agrees to hear the case on all issues.

2016      A slightly revised version of NBR’s project proposal (see below) is brought back to the Coastal Commission in September at a public hearing in Newport Beach, and is denied on a 9-1 vote.  A victory for David over Goliath, and for all the environmental organizations and hundreds of Banning Ranch supporters who came together and made their voices heard!

In 2016, NBR submitted finalized plans to the California Coastal Commission for a massive project proposal of 895 residential units, 45,100 square feet of commercial development, a 75-room resort, and a 20-bed hostel, as well as 12 acres of roads (including Bluff Road running from PCH to 17th Street).  In terms of residential units, the project proposal would dwarf any development ever built along the Orange County coast in recent memory (see proposed project map). 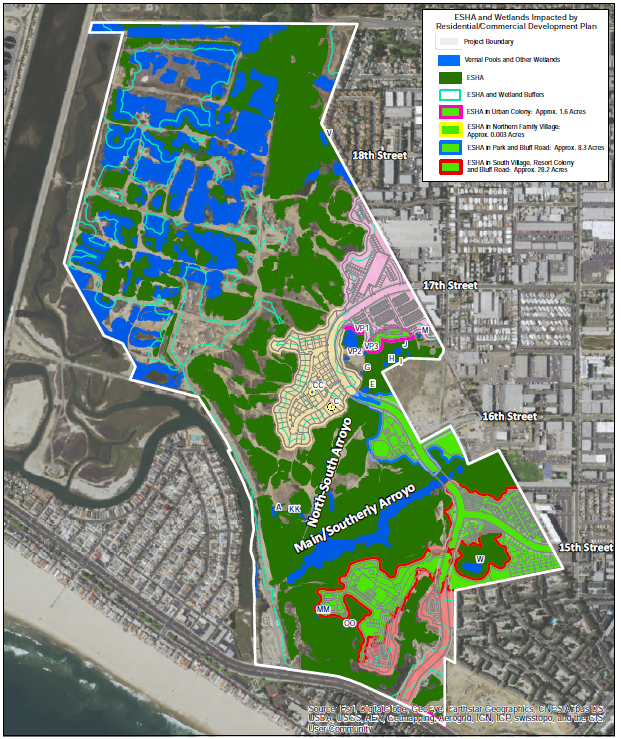 Due to numerous Coastal Act inconsistencies, most notably violations of section 30240 of the Coastal Act, which prohibits development in, or near, Environmentally Sensitive Areas (ESHAs), the Coastal Commission, on 9/7/16, voted 9-1 to deny the project proposal. The ESHA that would have been negatively impacted by NBR’s project proposal included vernal pool and coastal sage scrub habitat and foraging areas for the California gnatcatcher and burrowing owl. The impacts are shown on the Development Impacts Map.